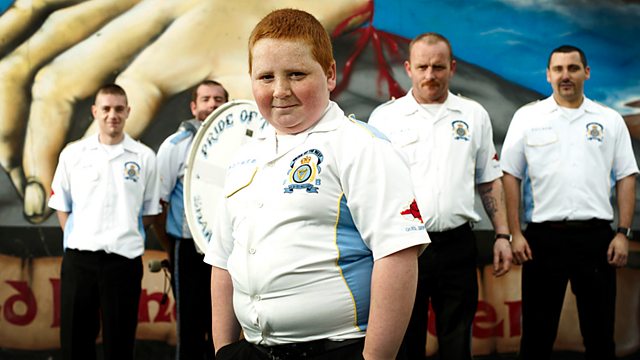 The Men Who Won't Stop Marching

More than ten years after the end of the troubles, filmmaker Alison Millar explores Belfast's Shankill Road and its marching bands to find out how the scars of war have healed.

More than ten years after the end of the troubles, filmmaker Alison Millar explores Belfast's Shankill Road to find out how well the scars of war have healed.

For four months she joined the men of the famous marching bands and in particular, spent time with Jordan, an eleven-year old aspiring drummer from one of the most famous former paramilitary families on the estate. What she found is a mixture of entrenched prejudice, relief that the troubles are over, nostalgia for the days of paramilitary discipline, and a battened-down resistance to talking about the past.

But when Jordan makes a shocking discovery at the end of his road, his father's brittle silence cracks and he decides to take his son on a journey into his own past and through the Maze Prison where he had been inside for several years.

A Hasidic Guide to Love, Marriage and Finding a Bride—Series 3

See all clips from The Men Who Won't Stop Marching (3)