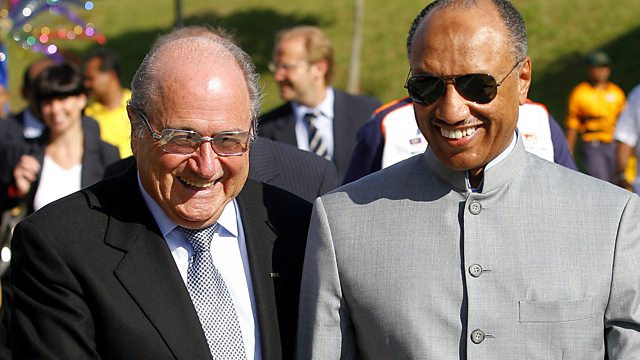 With the Fifa presidential elections taking place on 1 June 2011, reporter Andrew Jennings examines whether either candidate is suitable for the role.

On June 1 2011, the world's football associations will elect a new president of Fifa: either current incumbent Sepp Blatter, or his challenger from Qatar, Mohamed Bin Hammam.

The organisation they want to head is facing the biggest crisis in its history over allegations of corruption in its senior ranks. At its heart are questions over the World Cup bidding process and the multi-million dollar bribes scandal which Fifa refuses to investigate.

As Fifa's host nation Switzerland demands that football's world governing body clean up its act, Andrew Jennings asks whether either candidate is up to the job.