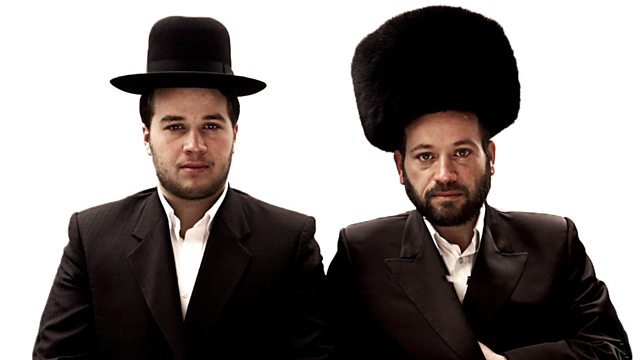 A Hasidic Guide to Love, Marriage and Finding a Bride

Documentary that delves into the Hasidic Jewish community of Stamford Hill, north London, which maintains a strictly 18th century lifestyle in a 21st century city.

Wonderland delves into the Hasidic Jewish community of Stamford Hill, north London, where the people live in a unique world divided between 21st-century urban life and 18th-century traditions.

For the most part this community is reserved and publicity-shy, but filmmaker Paddy Wivell has spent three months with members of the community who have decided it is time to let the rest of the world inside their personal and religious lives. Father of five Avi Bresler invites him to his eldest son's wedding - a scene of religious solemnity, family gathering and drinking - and on his quest to find a wife for his second son.

Over the months there ensue trips to spend Jewish New Year in the Ukraine at one of the world's largest Hasidic festivals, a visit to Avi's family in Jerusalem, regular audiences with a Hasidic scholar to find out about his notions of love and mariage, and a meeting with a shadchan (Jewish matchmaker) at which the family-loving Avi reveals something from his past that takes everyone by surprise.

The Trouble With Love and Sex—Series 3

The Men Who Won't Stop Marching—Series 3