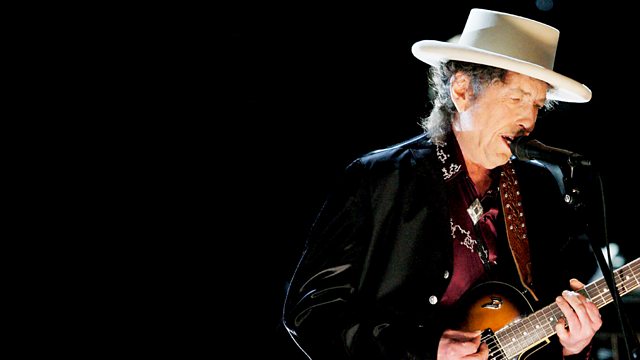 Kris begins the story of his hero, his inspiration and his friend Bob Dylan in the first of this six-part series.

It's 1961 and Bob moves from Minnesota to New York, hoping to perform there and to visit his idol Woody Guthrie. Soon, he becomes the most talked about artist on the Greenwich Village folk scene and begins to write the songs that came to define the 1960s such as Blowin' In The Wind and The Times They Are A-Changin'.

The programme features interviews with Dylan's contemporaries Tom Paxton, Jim Kweskin and Dave Van Ronk, who remember his earliest songs and performances. Plus John Hammond, the man who signed Bob to Columbia Records, recalls the making of the 21 year old's debut record. Also, Paul Simon admits the time was right for a folk revival and Joan Baez gives a rare insight into her contribution to Dylan's success.

Bob himself talks about the music that influenced him as a young man, first hearing Woody Guthrie, meeting Peter, Paul and Mary and walking out of the influential Ed Sullivan TV Show in 1963.

Featured tracks include Song To Woody from Dylan's 1962 eponymous debut, Blowin' In The Wind from his landmark follow up The Freewheelin' Bob Dylan and title track from his third album The Times They Are A-Changin'.

Episode 2—The Bob Dylan Story at 70

See all episodes from Bob Dylan 70