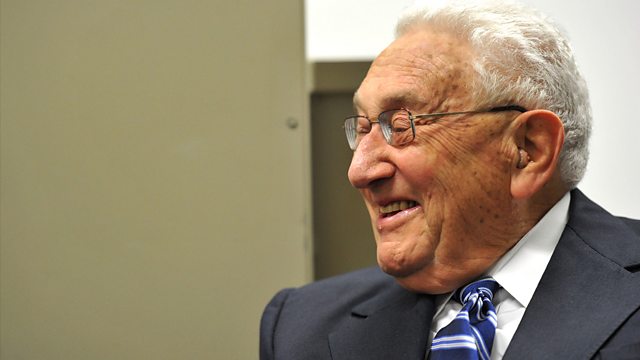 In an extended interview Rana Mitter talks to former US Secretary of State Henry Kissinger.

In an extended interview Rana Mitter talks to former Secretary of State Henry Kissinger as his new book On China is published.

For the past four decades, Kissinger has maintained close diplomatic relations with four generations of Chinese leaders, through the terms of eight US presidents. In this special edition of Night Waves, the Nobel Peace Prize recipient explores the evolving relationship between China and the United States and the crucial difference between the two countries' characters, and gives his prescription for the possibility of the world's future peace and progress.

Through the prism of this analysis of China, Kissinger - the author of numerous books on foreign policy and diplomacy - also reveals his insights into the art of statesmanship.

Immigration, Bob Dylan at 70, Evelyn Juers, Life, Above All