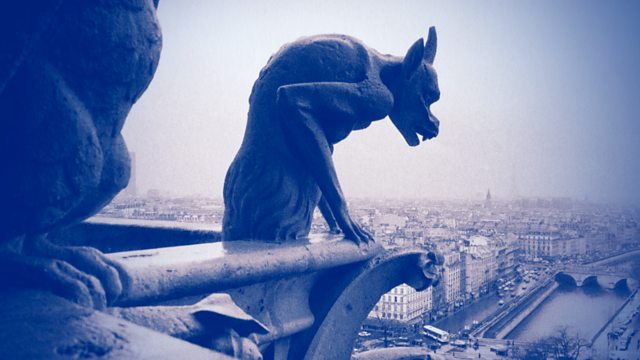 Texts and music on the theme of the gothic. Includes Horace Walpole, Mary Shelley, Coleridge, Keats and Wilde as well as music by Perotin, Bach, Berlioz, Paganini and Rachmaninov.

This week Words and Music takes you into the darkened, turreted recesses of The Gothic. From the surreal, macabre beginnings of the genre in Horace Walpole's The Castle of Otranto to the tortured wanderings of Mary Shelley's Frankenstein; the gothic literary world is one of dark passions and ominous thrills. Work by Coleridge and Keats shows the romantic impulse which was extended and darkened by later gothic writing, arriving in the late nineteenth century at Oscar Wilde's haunting Picture of Dorian Gray. Musically, we venture back to the 12th century with the work of Pérotin who composed amidst the gothic splendour of Notre Dame cathedral, as well as pieces by Bach, Berlioz, Paganini and Rachmaninov.

Let's Face the Music and Dance