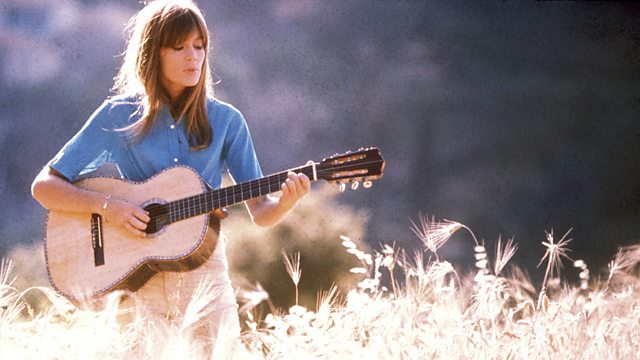 John Andrew returns to Paris where he lost his heart to 60s singing icon Francoise Hardy. How does he feel today? From May 2011.

It was on a language-learning trip to Paris that John Andrew first heard the music of Francoise Hardy and fell for the sexy but shy singer. He was not alone - she was the dreamgirl of many an English schoolboy in the early 1960s.

In 'Falling for Francoise', he revisits Paris and the streets in which he first lost his heart and he talks to others who've suffered the same fate - the Hardy fan website curator, Yorkshireman Warren Gilbert; musician Ben Christophers, who's written songs for the mature Francoise; journalist Laura Barton, who's besotted with the whole French 60s 'ye ye' scene... and in a real coup, John gets to meet the singer herself, falling for Francoise all over again!