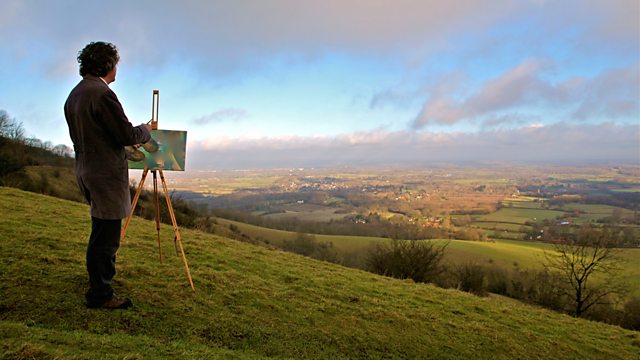 This Green and Pleasant Land: The Story of British Landscape Painting

Documentary looking at how the British landscape has been depicted, from Flemish beginnings in the court of Charles I to the digital thumbstrokes of David Hockney's iPad.

400 years of art history in 90 minutes? This film takes an eclectic group of people from all walks of life, including artists, critics and academics, out into the countryside to take a look at how we have depicted our landscape in art, discovering how the genre carried British painting to its highest eminence and won a place in the nation's heart.

From Flemish beginnings in the court of Charles I to the digital thumbstrokes of David Hockney's iPad, the paintings reveal as much about the nation's past as they do the patrons and artists who created them. Famous names sit alongside lesser-known works, covering everything from the refined sensibilities of 18th-century Classicism to the abstract forms of the war-torn 20th century with a bit of love, loss, rivalry and rioting thrown in.

Contributions come from a cast as diverse as the works themselves, including filmmaker Nic Roeg, historian Dan Snow and novelist Will Self, who offer a refreshingly wide range of perspectives on a genre of art which we have made very much our own.