BBC Four
A303: Highway to the Sun
Main content 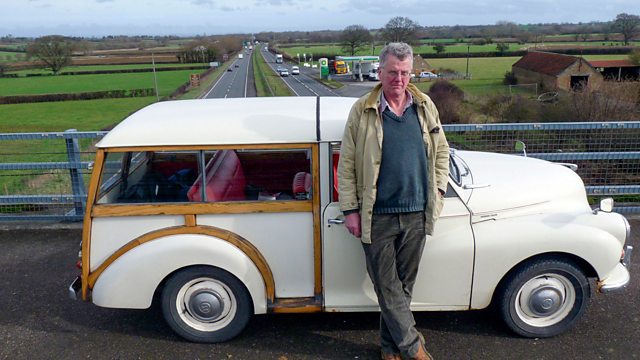 Tom Fort whisks us through the landscape around south west England's A303 road and 5,000 years of history, including a Neolithic traveller and a medieval murder mystery.

The A303 is the road that passes Stonehenge on the way to the beaches of Devon and Cornwall. On the way, it whisks drivers through 5,000 years of remarkable moments in British history. And it is the star of this film made for armchair travellers and history lovers.

Writer Tom Fort drives its 92-mile length in a lovingly restored Morris Traveller. Along the way he has many adventures - he digs up the 1960s master plan for the A303's dreams of superhighway status, meets up with a Neolithic traveller who knew the road like the back of his hand, gets to know a section of the Roman 303, uncovers a medieval murder mystery and discovers what lies at the end of the Highway to the Sun.