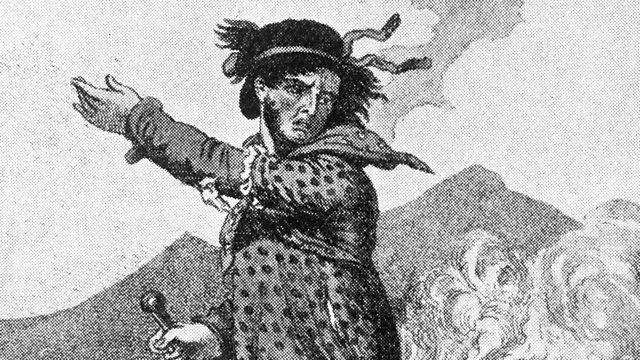 John Tams looks back at the machine breakers of the 19th century, the Luddites, through the songs they inspired. From 2011.

In The Luddite Lament, the award winning folk singer John Tams looks back at the machine breakers of the 19th century, through the prism of the songs they inspired.

Two hundred years ago parts of Britain were on the brink of rebellion - and you could be imprisoned for singing a song. There were said to be more troops on the border of Yorkshire and Lancashire than on the Continent with Wellington. The reason? Men armed with hammers, pikes and even guns were attacking mills in protest at the introduction of new machinery. Luddism began in the Midlands in 1811 and swept northwards to Yorkshire and then Lancashire.

In just one month in 1812 a mill was attacked by over a hundred men, two Luddites were killed, a manufacturer was shot dead and then, to add to the air of fear and paranoia, the Prime Minister was assassinated. Spies and informers criss crossed the Luddite areas passing what information they could to the authorities - but the Luddites were notoriously difficult to infiltrate. They sang songs about their exploits - about hardship, about machine breaking and about their hero General Ludd. This programme examines the story of the Luddites using some of those songs.