BBC One
The Quite Remarkable David Coleman
Main content 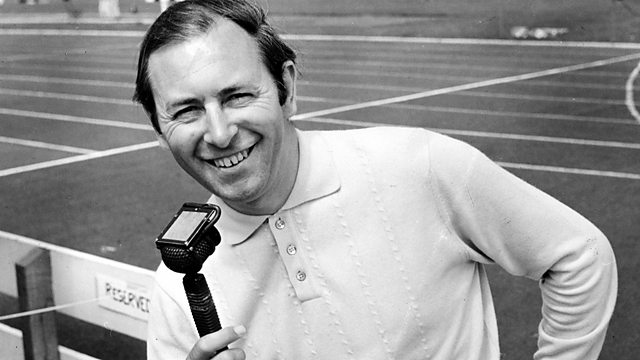 The Quite Remarkable David Coleman

Documentary looking back at the career of David Coleman OBE, who was the face of BBC Sport for over a quarter of a century, featuring tributes from friends and family.

David Coleman OBE was the face of BBC Sport for well over a quarter of a century. Following his sad passing away just before Christmas at the age of 87, this special documentary looks back at how he has left an indelible imprint on sports broadcasting from World Cup football to no less than 11 Olympic Games, with the Munich tragedy in 1972 undoubtedly his most challenging commentary.

Coleman was a master of many disciplines. He was a presenter, a commentator, an interviewer and quiz master. A pioneer in broadcasting who shaped it for generations to come, he was also affectionately known for his on-air gaffes, nicknamed 'Colemanballs'.

He was the king of live television, and not just sport, having interviewed prime ministers and pop stars including the Beatles. Yet sport was his true passion and he presented all the biggest shows and events like the Grand National, Sports Personality of the Year, Match of the Day, Sportsnight and Grandstand. He also hosted Question of Sport for 18 years and was famously joined by HRH Princess Anne for an episode watched by 18 million viewers in 1987.

The programme coincides with a special memorial service for this very private, yet much-loved, public figure. There are contributions from HRH Princess Anne, Lord Coe, Sir Michael Parkinson, Gary Lineker, Sue Barker, Sir Ian Botham, Huw Edwards, Daley Thompson, Linford Christie, Sir Bobby Charlton and David's own large family, who all paint a picture of the man behind the microphone.