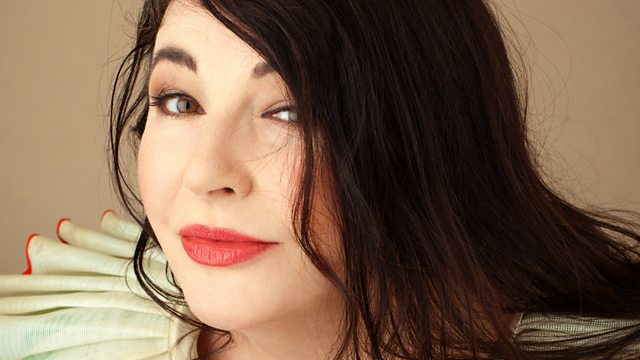 Kate Bush in a rare interview; and John Cleese reviewed

John Wilson talks to the singer and songwriter Kate Bush as she prepares to release her new album; a review of John Cleese's Alimony Tour; and the Turner Prize shortlist.

It's 33 years since Kate Bush had her first hit single Wuthering Heights at the age of 19. In a rare broadcast interview, Kate Bush talks to John Wilson at her home as she prepares to release her new disc Director's Cut, where she has re-recorded and re-worked a number of songs from two earlier albums.

John Cleese began his first tour of the UK last night, in which he looks back at his career in comedy and beyond. The show is called the Alimony Tour - Cleese has said that profits will be used to pay his latest divorce settlement. Stephen Armstrong reviews.

Ahead of the official Turner Prize 2011 shortlist announcement, Rachel Campbell-Johnston looks ahead to the artists who might be following in the footsteps of Grayson Perry, Damien Hirst, Martin Creed and Susan Philipsz.

Saoirse Ronan and Cate Blanchett in the film Hanna

Randy Newman at the Piano