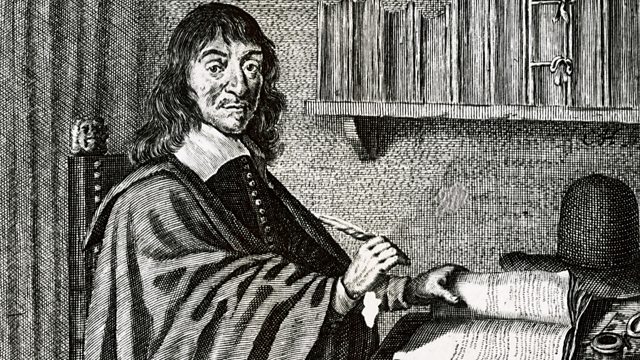 Melvyn Bragg and his guests discuss one of the most famous statements in philosophy, 'Cogito ergo sum', Rene Descartes' attempt to establish what we can truly know.

Melvyn Bragg and his guests discuss one of the most famous statements in philosophy: "Cogito ergo sum".In his Discourse on the Method, published in 1637, the French polymath Rene Descartes wrote a sentence which remains familiar today even to many people who have never heard of him. "I think", he wrote, "therefore I exist". Although the statement was made in French, it has become better known in its Latin translation; and philosophers ever since have referred to it as the Cogito Argument.In his first Meditation, published ten years after the Discourse, Descartes went even further. He asserted the need to demolish everything completely and start right again from the foundations, arguing, for instance, that information from the senses cannot be trusted. The only thing he could be sure of was this: because he was thinking, he must exist. This simple idea continues to stir up enormous interest and has attracted comment from thinkers from Hobbes to Nietzsche and Sartre. With:Susan JamesProfessor of Philosophy at Birkbeck College, University of LondonJohn CottinghamProfessor Emeritus of Philosophy at the University of Reading and Professorial Research Fellow at Heythrop College, University of LondonStephen MulhallProfessor of Philosophy at the University of Oxford.Producer: Thomas Morris.

Islamic Law and its Origins