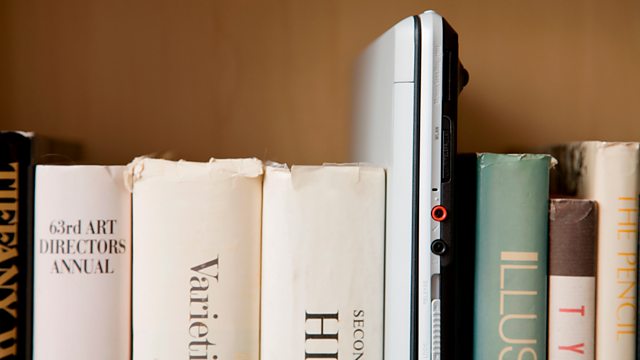 Tales From the Digital Archive

Christine Finn explores how contemporary author’s writing will be kept. Can a paperless archive be future proof? From 2011.

Once a writer's archive consisted of letters, badly-typed first drafts and corrected manuscripts. But now they write on computers and communicate by email, what clues to their creative process remain?

Archaeologist Christine Finn sets out to explore how the new generation of archive from the digital age will be made accessible to future generations.

She hears from Erika Farr, the Coordinator for Digital Archives at Emory University in America, which recently acquired Salman Rushdie's archive. It is a definitive 21st century archive, including emails, discs, and the computers on which he wrote his best-selling books.

Meanwhile the British Library is also addressing the digital challenge with their first-ever Curator of Digital Manuscripts, Jeremy John, who explains how they're developing a 21st century approach to the preservation of the writer's environment. Instead of having to travel to Ted Hughes' Devon home to view his work-place, devotees will be able to access a digital reconstruction of his study via th BL website.

Christine also discusses the impact of technology on the art of archiving the work of writers and poets with novelist Fay Weldon, exploring how these developments affect authors, their readers, and potential biographers. She hears from Margaret Atwood's biographer, Professor Nathalie Cooke, Associate Provost of McGill University in Montreal, and from Bobby Friedman, who has written an unofficial biography of politician John Bercow.

The traditional lament is the loss of data, as email replaces letters and drafts disappear with the delete key. But here Finn celebrates the new technology that is as much a part of an archive as the words themselves.