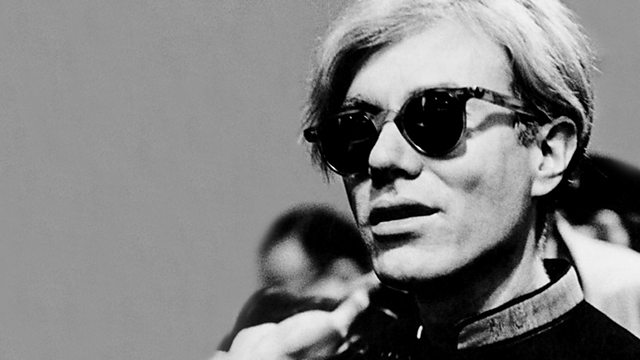 John Wilson reports on Andy Warhol's last visit to London in 1986, for an exhibition of self-portraits - an occasion which left a lasting impression on many who met him at the time.

John Wilson reports on Andy Warhol's final visit to London in 1986, for an exhibition of new self-portraits - an occasion which made a profound impression on many who met him at the time.

Turner Prize-winning artist Jeremy Deller was then an art history student, but an evening spent at the Ritz Hotel with Warhol and his entourage proved a life-changing moment. Gallery owner Anthony d'Offay, who invited Warhol to create the exhibition and arranged his no-expense-spared trip across the Atlantic on Concorde, remembers how he disagreed with the artist's choice of works. And Curiosity Killed the Cat front-man Ben Volpeliere-Pierrot, reviewer Richard Cork and documentary-maker Kim Evans all recall the excitement of the exhibition opening - as well as the shock of Warhol's unexpected death just over six months later.

Depictions of Christ from Dorothy L Sayers to James Frey