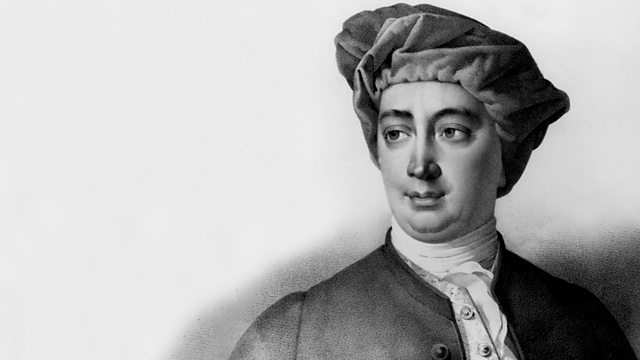 David Hume and the Triumph of Reason

Recorded on location in Edinburgh, Allan Little pays a 300th anniversary tribute to his hero, the philosopher David Hume.

Hume was a central figure in the Scottish Enlightenment at a time when Edinburgh was 'a hotbed of genius'. His scepticism and alleged atheism got him into trouble - but broke the shackles of the old beliefs and paved the way for new thinking in science and politics and economics.

We hear not only about these radical thoughts but about Hume the man - intensely convivial, a bon viveur and cook - he was the toast of Paris and became, eventually, the highest paid man of letters ever to write in English.

We hear too how Hume's ideas are still relevant - how 'Enlightenment for the 21st Century' has become the new strap line for the RSA.