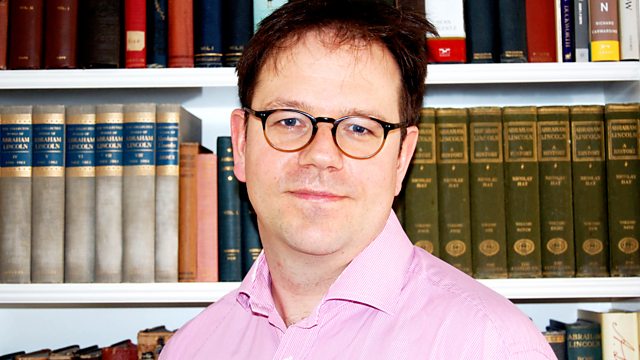 Historian Adam Smith visits contemporary America to trace how the dividing lines of the Civil War are still visible beneath US politics 150 years on.

This month marks a hundred and fifty years since the United States divided against themselves, and America plunged into a four-year bloodbath.

But in 2011, is the Civil War just settled, dusty history?

Historian Adam Smith visits contemporary America to trace how the dividing lines of the War are still visible beneath US politics 150 years on, in the era of Obama.

He visits the Old Capitol Building in Springfield, Illinois, where Obama launched his Presidential campaign in the shadow of Abraham Lincoln.

In Virginia, he discovers how the disputes of the Civil War still stir amongst statues and school textbooks, fresh Confederate headstones and debates on states' rights.

We witness 'Neo-Confederates' from across the South come together to re-enact the inauguration of the Confederate President, Jefferson Davis - and hear how they see the battles of the Civil War very much alive today in the struggle between Obama's federal government and the ever-more assertive individual states.

In the Washington theatre where Lincoln was shot, Lincoln scholar Allen Guelzo reflects on the rising antagonism in American politics today, with talk of nullification, secession and states' rights, tyranny and treason.

And Adam visits a museum which painfully embodies the difficulty America still has in coming to terms with the conflict.

The War of the North—The American Civil War