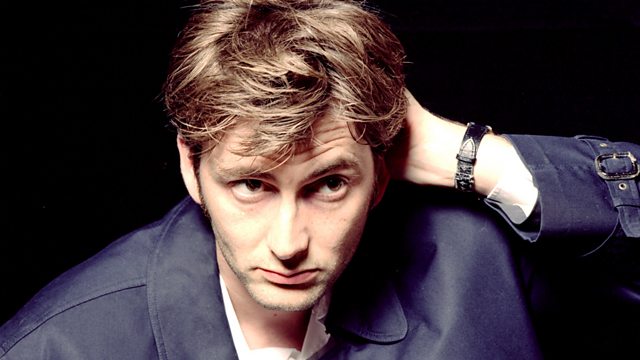 By Murray Gold. One day, Franz Kafka finds he has been cast to play himself in a musical about his own life. Starring David Tennant as Kafka.

Another chance to hear the magnetic performance that won David Tennant "Best Actor" at this year's inaugural BBC Audio Drama Awards for his part as Franz Kafka.

Murray Gold's new play starts from the suitably Kafkaesque premise that Franz Kafka finds he has to play himself in a musical about his own life. The play - or is it the musical? - introduces Kafka and the audience to some of the key characters in his life, Milena Jesenska, Dora Diamant and Felice Bauer.

Murray Gold's first radio play Electricity won the Richard Imison award for best new play after its broadcast on Radio 3 in 2001. It subsequently transferred to the West Yorkshire Playhouse in 2004 and was performed with Christopher Eccleston in the lead role. Other plays include 50 Revolutions performed by the Oxford Stage Company at the Whitehall Theatre, London in 2000 and Resolution at Battersea Arts Centre in 1994, and Little Joe and His Struggle Against the World (Radio 3 2005). Murray Gold has been nominated for a BAFTA four times in the category Best Original Television Music, for Vanity Fair (1999), Queer as Folk (2000), Casanova (2006) and Doctor Who (2008). He wrote the theme tune for the Channel 4 series Shameless and scored the period drama The Devil's Whore. More recently Murray Gold scored another David Tennant series, BBC1's Single Father.