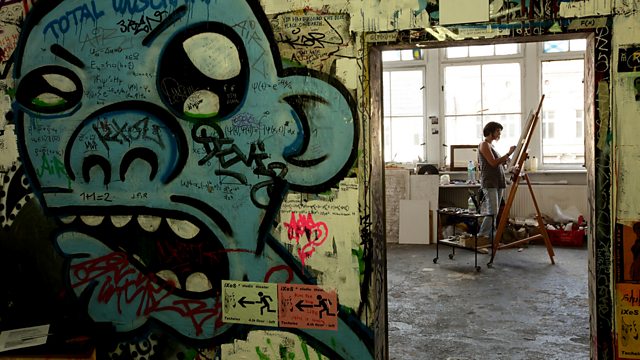 David Goldblatt looks at whether Berlin's alternative culture is under threat from commercial pressures. Or do developers and artists need each other to exist?

David Goldblatt looks at whether Berlin's alternative culture is under threat from commercial pressures. Or do developers and artists need each other to exist?

Berlin has long been a magnet for artists from within Germany and abroad. After the wall fell in 1989 they flooded into the vast deserted buildings left in the Mitte area of the former East of the city. But over the last few years developers have been moving into this increasingly fashionable area, increasing rents and evicting squatted buildings.

Today the right and left banks of the Spree river, the district of Friedrichshain-Kreuzberg, has become home to underground clubs and artists studios. But developers are increasing their grip on this area too. A few years ago they joined together to create an consortium called "MediaSpree" with the aim of turning the East bank of the Spree into a media hub. Universal Studios and MTV were two of the first companies to locate themselves in the converted warehouses of a deserted port in 'no man's land' where the border wall once ran. They were attracted, in part, by the alternative vibe of the area.

But now increasing rents in this area are pushing artists and original residents out - and with them the clubs and galleries that attracted the media businesses in the first place. Will developers and the alternative culture find a way to co-exist?
Producer: Jane Beresford.

Egypt: Sisters of the Revolution