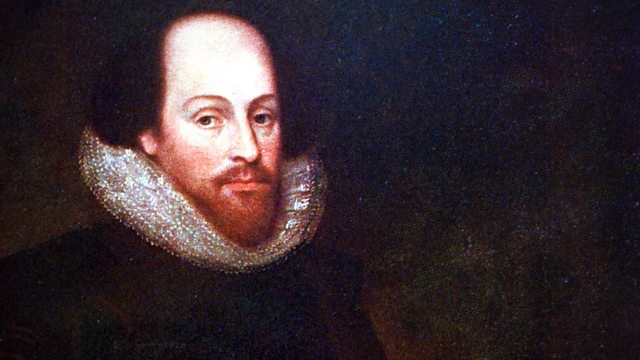 James Naughtie follows the struggle to create a new theatre for the Royal Shakespeare Company in Stratford-upon-Avon. From April 2011.

James Naughtie explores the history of the Royal Shakespeare Company as it marks its 50th birthday and reopens its main Stratford theatre. Part 3. The new theatre.

The struggle to create a new theatre in Stratford, fit for the diverse work of the Royal Shakespeare Company in the 21st Century, goes right back to its founding in 1961. In the final episode of his three-part series, James Naughtie speaks with the key players about the problems with the Elisabeth Scott Shakespeare Memorial Theatre built in 1932, the triumphant experiments at The Other Place and The Swan, and - built within the original walls - the brand new theatre with its thrust stage which will open with Michael Boyd's production of Macbeth in April 2011.

Former Artistic Directors Trevor Nunn, Terry Hands and Adrian Noble tell Jim about their times with the company while Judi Dench recalls the terror and hilarity of performing with Ian McKellen in Nunn's famously intense production of Macbeth at The Other Place in 1976. Architect Rab Bennetts and current Artistic Director Michael Boyd explain the challenge of creating the new space while the series culminates in an examination of why performing Shakespeare matters to the artistic well-being of the nation.

The series as a whole features an exclusive breadth of interviews with the key players of the past half century. With all five artistic directors Peter Hall, Trevor Nunn, Terry Hands, Adrian Noble and Michael Boyd; luminaries such as Peter Brook, Cicely Berry, Greg Doran, Judi Dench, Patrick Stewart and David Tennant; and backstage artists, technicians and craftspeople, James Naughtie explores both the history of the company and the reasons why its work matters to the wider British cultural scene.