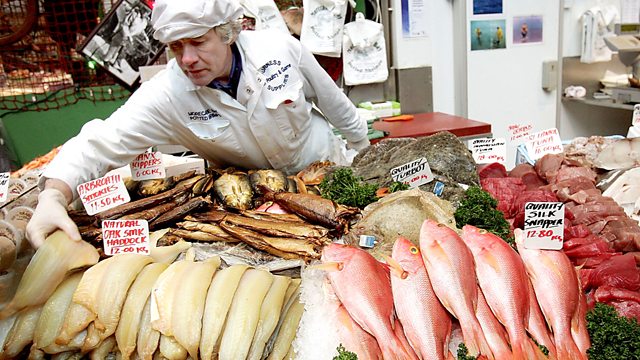 Sheila Dillon charts the success of London's Borough Market and asks what the future holds for it.

Borough Market, in south east London has been, and is, a food phenomenon. It took off in the 1990s, riding in the wake of the BSE outbreak that had led to a new interest in the source of our food. As it developed it looked as though a few seedy acres on the south bank of the Thames were going to give us, for the first time in decades, a market as good as the very best in France, Spain or Italy.

And Borough's influence stretches beyond London: it served as a model for other local authorities for what a market could be, and how it could regenerate communities and areas. Even supermarkets imitated its ranges as urban wealth reached rural pockets.

But the market's success has latterly been overshadowed by criticisms that it has lost its way, catering now for tourists not local cooks, and introducing rising tariffs on traders that some say threaten their businesses.

Sheila Dillon charts the rise of the market with some of its founders, and asks the Chair of Trustees for the Borough Market, Peter Wilkinson, has this nationally important market lost its way?

Food and the Sicilian mafia