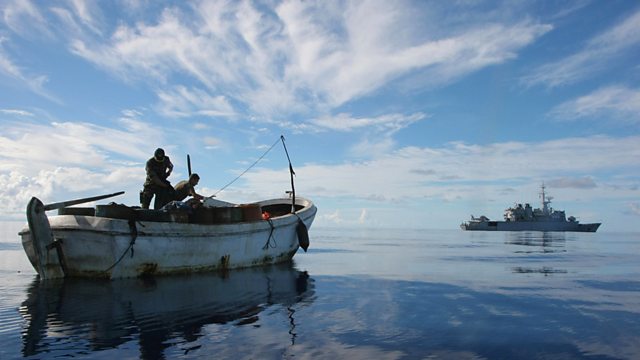 Tom Mangold investigates the growing ruthlessness of Somali piracy, talking to victims, perpetrators and insiders about the increasing paralysis faced by commercial shipping.

The recent murder of four innocent civilian hostages aboard their yacht 'Quest', the kidnapping of children aboard a Danish yacht, and the hi-jack of the giant oil tanker 'Irene' are game changers in the ever growing scandal of international piracy. Piracy Inc. is getting bigger, nastier and richer by the week - at the expense of the freedom of Western sea trade.

The new sea gangsters now have some 20 mother ships, most driven by hostage slave crews operating with virtual impunity on sea lanes stretching from Africa to India. The recent escalation highlights the impotence of the West's navies in facing the threat. Paralysed by indecision, the British and their NATO allies have virtually no authority to disarm, attack or aggressively confront the enemy. Only India, Russia and South Korea have taken the law into their own hands and blasted the Somali pirates out of the water when and where they have caught up with them - but at a price.

What the world sees is a half glamorous image of the Johnny Depps of Somalia. The reality is the new pirates are some 130 separate but highly organised gangs of ruthless operators who sometimes torture their hostages and are holding 760 seafarers, some of them going insane after nearly a year of captivity on filthy boats with minimal food and water.

"We are talking about a new international criminal conspiracy", Joe Angelo, Managing Director of Intertanko.

For BBC Radio 4 investigative reporter Tom Mangold, visits the front line and talks to the key people involved. Reporting from the Gulf from on board a British Royal Navy anti-piracy patrol and talking to victims, perpetrators and insiders about the ever darkening future for commercial shipping he asks what can be done about the gangsters who operate a $100 million dollar a year racket