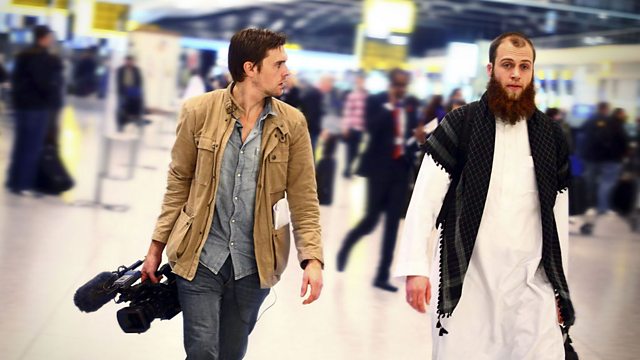 My Brother the Islamist

Documentary in which Robb Leech sets out to reconnect with his stepbrother Rich, who became a radical Islamist called Salahuddin and believes the UK should be ruled by Sharia law.

Tree surgeon-turned-filmmaker Robb Leech is an ordinary white middle-class boy from the Dorset seaside town of Weymouth. So too is his stepbrother Rich, but a little over a year ago Rich became a radical Islamist who now goes by the name of Salahuddin. He associates with jihadist fundamentalists and believes the UK should be ruled by Sharia law.

In a film that took over twelve months to shoot, Robb sets out to reconnect with his extremist stepbrother and find clues to what led Rich to become Salahuddin. It charts the brothers' relationship and Robb's attempt to understand why the person he'd once looked up to as a teenage role model could so strongly reject all that his family and the Western world believe in. As Robb spends time with Salahuddin, he witnesses a very particular phenomenon - the embrace of radical Islamism by young men, many of them white.

Robb first heard of Rich's conversion in a national newspaper in the summer of 2009. The article said Rich had converted under Anjem Choudary, leader of the radical Muslim group Islam4UK (later banned under Britain's anti-terror laws). Robb was horrified by the things his stepbrother was telling him - that under Sharia law, women should be stoned to death for committing adultery, that he was prepared to die for Islam and that as a non-believer, Robb was going to hell. Just the previous summer the two brothers had shared a room on holiday in Cyprus and been practically inseparable. Robb began filming what was happening to Rich to try to understand why it had happened and what the world was like that Rich had chosen.