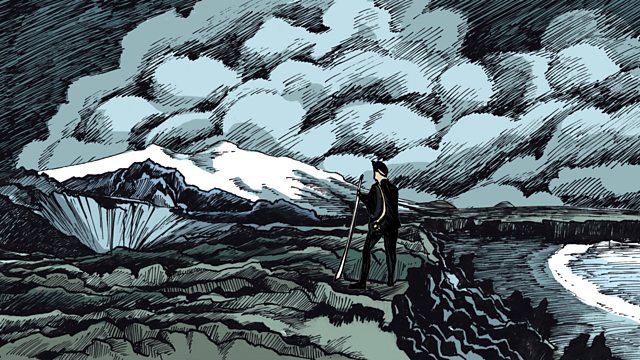 Sound recordist Chris Watson journeys to the Icelandic volcano that inspired the writer Jules Verne in 1864. From 2011.

A boyhood Jules Verne fan, Chris will retrace the steps of Professor and Axel Lidenbrock from Reykjavik to his favourite place in the world - Snaefellsjokull - the glacier that contains the passage to the Centre of the Earth in Verne's 1864 seminal work of science-fiction.

Along the way he'll encounter communities affected by the 2010 eruptions of Eyjafjallajokull, talking to people who live within this geologically charged environment and meeting artists and musicians who have been inspired by their volcanic landscape.

Tying in with Verne's theme of geographical exploration, to reach Snaefellsjokull - known to locals simply as Jules Verne's Volcano - Chris will travel through one of Iceland's most beautiful National Parks and will use his extraordinary recording techniques to reveal the natural sounds of this unique environment. The sounds of bubbling mud pools and sulphurous springs mirroring Jules Verne's deep connection to the physical world.

Revealing interviews with leading figures from Iceland's vibrant arts scene: including the keyboardist of Sigur Ros and best-selling Icelandic author Andri Snaer Magnason will combine with Chris's recordings as he creates his own sonic adventure in the shadow of Jules Verne's novel and Iceland's volcanoes.

A Whistledown production for BBC Radio 4 first broadcast in April 2011.