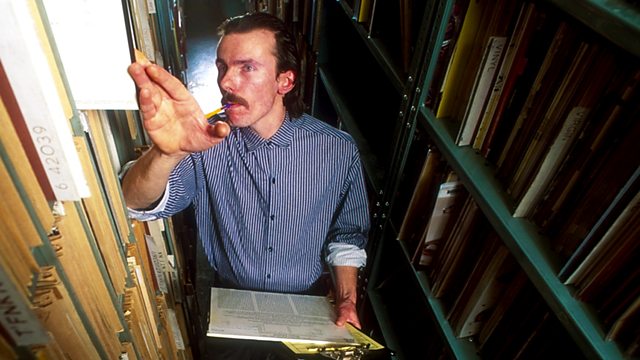 Into the Music Library

It's the music which has surrounded us our whole lives, but which most of us have never quite heard let alone listened to... and nearly all of it made in the UK.

Sometimes called 'Source music', 'Mood Music' or as it's best known, 'Library music': a hugely important part of British sonic history. Its use and purpose is simple: it's well produced, economic music for film, TV, advertising and radio. Never commercially available to the general public, this music was pressed onto vinyl from the 1950s onwards in short, limited quantities and then sent directly to TV production houses and radio stations for use when necessary.

From the mid 1960s onwards, as TV and radio productions expanded, so did library music usage. As a result the golden age of TV (and our memories of it) is not only punctuated but dominated by classic library music.

Sports themes, situation comedies, game shows, cartoons, talk shows, classic children's tv, the testcards and even Farmhouse Kitchen was brought to us all with the help of library music. Themes for Terry And June, Grange Hill, Mastermind, Match Of The Day and of course that gallery tune from Vision On are all well placed library cues. But there are reels (and reels) of gorgeously crafted, equally great stuff that never made it past the elevator door! We have been surrounded by it forever, but we know so little about it.... Where does it comes from? Who actually makes it? And how do you actually set about making music for the inside of a waiting area, a lift or for a plane before it takes off?

In this first ever documentary about library music we'll look into its history (starting in 1909), speak with the dynastic library owners (de Wolfe, KPM, John Gale), We find out what's it's like to make music to imaginary pictures by speaking to the library music makers (which could include Jimmy Page and Brian Eno), and even have a word with the Musicians Union who banned UK recording of library music throughout the late 60s.

We also talk to the modern day enthusiasts, the collectors (Jerry Dammers) and explore the contemporary influences of this extraordinary musical genre. And of course re-acquaint ourselves with some of the most familiar music we've never listened to!