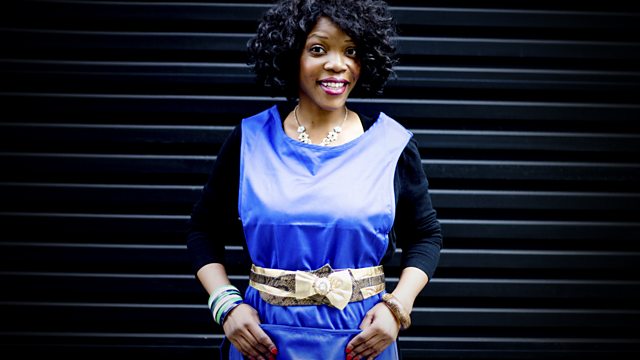 Beauty of Britain Series 2
Episode 1 of 6

No professional care-worker can afford to miss Beauty Olonga's survival guide to Britain - its overheated houses, its disappointing church services and its world-class charity shops. Series 2 of this Radio 4 comedy follows Beauty's continuing adventures as the Featherdown Agency sends her to provide care for those who need it - and some who don't, but all of whom have relatives with guilty consciences.

Beauty sees herself as an inspiration to other African girls hoping to live the dream in Britain. 'There are plenty of opportunities here. The professional classes are always off sick due to binge drinking and the rest are too lazy to get off the couch to answer the pizza delivery man.'

The series breaks the embarrassed silence about what happens to us when we get old and start to lose our faculties. It shows the process in all its chaotic, tragi-comedy but it does so from the point of view of a migrant worker, Beauty, whose Zimbabwean Shona background has taught her to respect age. Beauty sees Britain at its best, its worst and also sometimes without its clothes on running the wrong way down the M6 with a toy dog shouting 'Come on!'

In episode one, Beauty is sent to look after Sarah, who lives with both her mother and daughter. A perfect, happy modern family, like the kind Beauty has seen in feel-good British movies. With her own family being very demanding, it is understandable when Beauty begins to get too close.

The music for the series was provided by The West End Gospel Choir.
Written by Christopher Douglas and Nicola Sanderson
The producer is Tilusha Ghelani.

See all episodes from Beauty of Britain