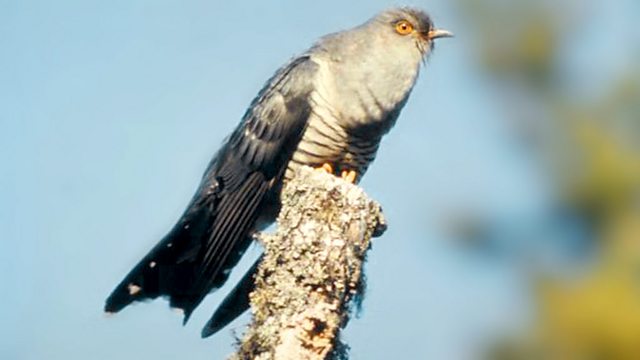 A fascinating insight into one of the Natural World's most successful scandals: the ability of a young cuckoo to dupe its host parents into raising and feeding it.

Professor Nick Davies of Cambridge University presents a fascinating portrait of one of our most tantalising birds and a revelatory insight into the evolution of cheating in one of the Natural World's most successful scandals; the ability of a young cuckoo to dupe its host parents into raising and feeding it.

The Common Cuckoo is an obligate brood parasite, that is, it never raises its own young but relies entirely on other host species to do all the work of nest building, incubation and chick rearing. There are about 9,672 species of birds of which one per cent are obligate brood parasites. In Britain, we have just one, the Common Cuckoo. Individuals parasitise particular species: Meadow Pipit, Dunnock and Reed Warblers are the most common. A female cuckoo doesn't make a nest, instead she watches a suitable area. Then, when she is ready to lay, she selects a nest, swoops down, removes a host egg, lays her own its place and flies off. All this in less than 10 seconds. Up to 25 eggs may be laid in a suitable season and in the case of the Reed Warbler host, the Cuckoo's egg closely resembles the host eggs in both colour and size. Incubation is by the host and the young Cuckoo hatches after 12 days. The blind and naked Cuckoo then instinctively pushes other eggs or young out of the nest. Young cuckoos leave the nest after about 19 days and continue to be fed for a further 3 weeks. By this time, an adult Reed Warbler may have to perch on the back of the Cuckoo to feed it!

Moving between nests in the reed beds of Wicken Fen in Cambridgeshire, Nick Davies discusses the exciting questions that brood parasites raise about the evolution of cheating and the arms race between parasites and their hosts.