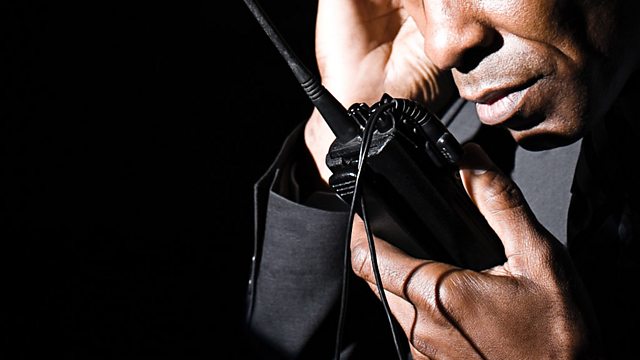 From royalty to celebs - bodyguards are de rigueur. Yasmeen Khan investigates the UK's close-protection industry. From 2014.

Bodyguards, or close-protection officers (CPOs), are the thing of Hollywood myth. But, in real life, do some bodyguards have to make the ultimate sacrifice and dive in front of the bullet?

Broadcaster Yasmeen Khan meets, and trains with, some new recruits at a Task International training course in Kent. These men and women are training to be close-protection officers for corporate clients from around the world. Yasmeen learns more about the training, and the wider world of CPOs from the Task trainer. She also hears about the recent work Task CPOs have undertaken in Cairo, bringing out UK citizens and taking in much needed medical and food supplies.

In a secretive London location, Yasmeen meets up with security expert Will Geddes, and together they discuss the ethics of personal protection, of selling your body & skills to someone else with the possible ultimate outcome of your own death. Who are the clients and what is the stark reality of being a CPO in the modern age? Will discusses his recent experiences in Libya and Cairo.

Yasmeen also talks with Bill Butler, the Chief Executive of the Security Industry Authority. Under the SIA's leadership it has now become mandatory for security staff to be licensed in the UK. Yasmeen wants to know how the SIA manages to ensure that unlicensed protection services don't succeed.

As Yasmeen learns, many CPOs come from a military background, but then there are also those who have long experience in the Special Branch and Royal Protection Detail. She heads to an even more secretive location to meet Brian Isdale, a former Special Branch officer, now running his own security service and hiring many ex-police officers. Business is clearly good, and with the Olympics looming, it seems it will only get better.