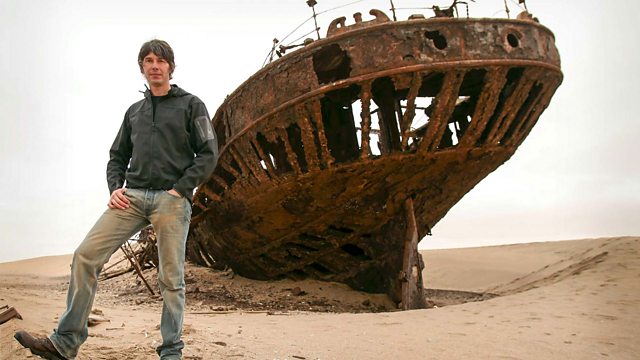 Series in which Professor Brian Cox explores the laws of the universe. In this episode, Brian takes on the story of the force that sculpts the entire universe - gravity.

In the third episode, Professor Brian Cox takes on the story of the force that sculpts the entire universe - gravity.

Gravity seems so familiar, and yet it is one of the strangest and most surprising forces in the universe. Starting with a zero-gravity flight, Brian experiences the feeling of total weightlessness, and considers how much of an effect gravity has had on the world around us.

But gravity also acts over much greater distances. It is the great orchestrator of the cosmos. It dictates our orbit around the sun, our relationship with the other planets in our solar system, and even the way in which our solar system orbits our galaxy.

Yet the paradox of gravity is that it is actually a relatively weak force. Brian takes a face distorting trip in a centrifuge to explain how it is that gravity achieves its great power, before looking at the role it plays in one of the most extraordinary phenomena in the universe - a neutron star. Although it is just a few kilometres across, it is so dense that its gravity is 100,000 million times as strong as on Earth.

Over the centuries our quest to understand gravity has allowed us to understand some of the true wonders of the universe, and Brian reveals that it is scientists' continuing search for answers that inspires his own sense of wonder.

See all clips from Falling (3)