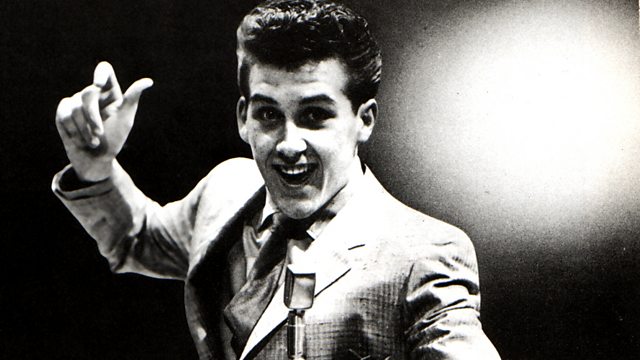 The British Rock and Rollers

4 Extra Debut. Sue MacGregor reunites five people from the birth of rock 'n' roll in the UK. With Bruce Welch and Marty Wilde. From March 2011.

In this edition of The Reunion, Sue MacGregor reunites five people who took part in the earliest days of rock and roll in the UK.

The first stirrings occurred when the film Blackboard Jungle, featuring Bill Haley and The Comets singing 'Rock Around The Clock' was released in 1955, but when Heartbreak Hotel by Elvis Presley entered the UK charts in May 1956, a passion for rock and roll was ignited amongst the youth.

Within a matter of months Tommy Steele's 'Rock With The Caveman,' generally considered to be the first rock and roll song to have originated in the UK, had reached number 13 in the charts. The rock and roll revolution was under way.

Tommy Steele was discovered in the 2i's Coffee Bar in Old Compton Street in Soho, as was Cliff Richard and The Shadows, Mickie Most, Joe Brown, Vince Taylor and Terry Dene amongst many others. The person who discovered him, Larry Parnes, was the UK's first pop manager.

In this programme, Sue MacGregor will be discussing those days with Bruce Welch from The Shadows, Terry Dene, Vince Eager and Marty Wilde who all signed up with Larry Parnes and Clem Cattini, who played drums with all of them.