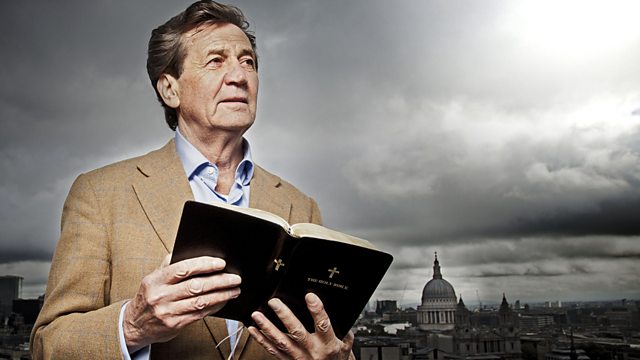 The King James Bible: The Book That Changed the World

Documentary. Melvyn Bragg argues that the King James Version has driven the making of the English speaking world over the last 400 years.

Documentary presented by Melvyn Bragg to mark the 400th anniversary of the King James Bible.

Melvyn Bragg sets out to persuade us that the King James Version has driven the making of the English speaking world over the last 400 years, often in the most unanticipated ways.

He travels to historic locations in the UK and USA where the King James Bible has had a deep impact, including Gettysburg and the American Civil War and Washington's Lincoln Memorial, site of Martin Luther King's famous speech.

He argues that while many think our modern world is founded on secular ideals, it is the King James Version which had a greater legacy. The King James Bible not only influenced the English language and its literature more than any other book, it was also the seedbed of western democracy, the activator of radical shifts in society such as the abolition of the slave trade, the debating dynamite for brutal civil wars in Britain and America and a critical spark in the genesis of modern science.