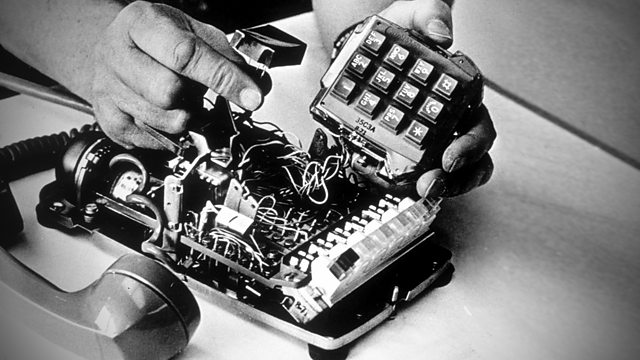 The Network Goes to War

The Essay Requiem for Networks
Episode 3 of 5

Writer Ken Hollings discusses the impact of the Cold War on our information networks.

Writer Ken Hollings unlocks the history, power and revolutionary change of our information networks.
3. The Network Goes To War. The Cold War armed the engines of information.

In the third of his essays, Ken Hollings looks at the impact of the Cold War in determining our information networks. In 1945 Vannevar Bush, the head of US scientific research during World War II, wrote an essay called 'As We May Think' - it argued that, thanks to intricate mass-produced components, a whole new generation of communication devices would soon come into existence. By 1991 CNN was able to transmit a live commentary on the opening salvoes of Operation Desert Storm from the Baghdad Hilton. And even as the cable news network was in its ascendancy and Iraqi Command and Control became paralyzed, the public was also learning about a new communication system called the 'Internet' being used by Kuwaiti citizens to contact the outside world. From Sputnik to the development of the World Wide Web, the Cold War has provided an ideal climate for the network to flourish - with a little help from Neil McElroy, the man responsible for inventing the soap opera.

I'll Be Your Orange Juice—Requiem for Networks