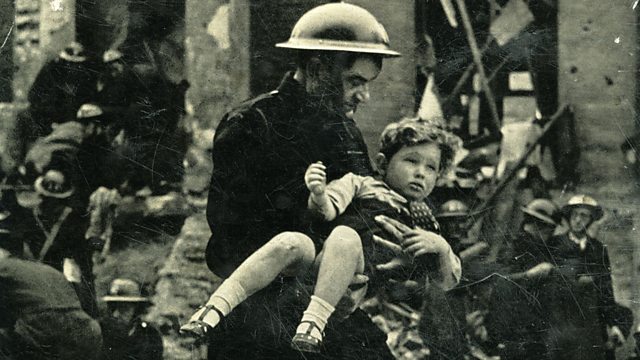 Documentary about Scotland's worst civilian disaster - the intense bombing suffered by Clydebank over two nights in March 1941, news of which was censored at the time.

The Blitz on the industrial town of Clydebank, seven miles from the centre of Glasgow, was one of the most intense, deadly and remarkably unknown of the war. Well over 1,200 people were killed in the Clydeside area and at least the same again were seriously injured by the bombing on the nights of 13 and 14 March 1941. The destruction in Clydebank was so severe that only seven properties were left undamaged by the bombing and the population was reduced from almost 60,000 to little more than 2,000.

The awful truth about the scale of destruction and the number of casualties never hit the headlines as wartime censorship meant that the whole event was effectively 'hushed up'. But the stories still live on in the minds of some of the children that survived the raid and in The Clydebank Blitz, they tell their own harrowing stories of what was one of Britain's worst bombing raids and Scotland's biggest civilian disaster.

See all clips from Clydebank Blitz (6)