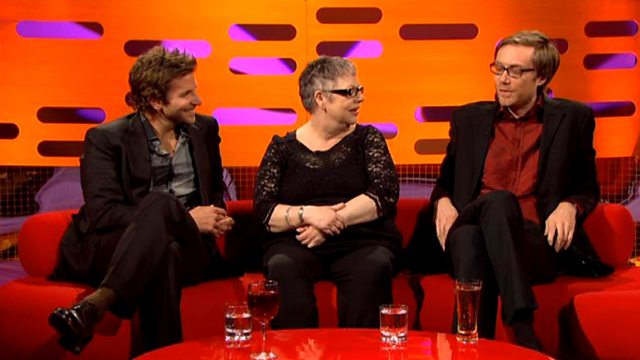 The award-winning host continues his anarchic talk show. Expect the unexpected as top celebrity guests join in the fun with Graham and his irrepressible audience.

Graham's guests include Hollywood great Liam Neeson, currently starring in the thriller Unknown; The Hangover star Bradley Cooper, talking about his new film Limitless; The Office and Extras funnyman Stephen Merchant, currently starring in Hall Pass; comedian, actress and writer Jo Brand; and Blue, with the first performance of their Eurovision entry I Can.