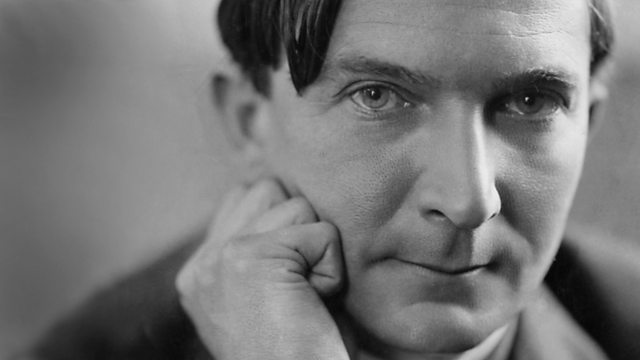 A Source of Irritation

Elderly farmer Sam Gates's day is ruined when an enemy fighter plane crashes into his field of turnips. Read by Mark Addy.

Stacey Aumonier's life as a stage performer, 'society entertainer', World War One private and draughtsman all contributed to his unrivalled reputation as a short-story writer in the 1920's.

Nobel Prize winner and Forsyte Saga author John Galsworthy described Stacy Aumonier as "one of the best short-story writers of all time." Other famous admirers included Alfred Hitchcock, who had several of his stories adapted for television, and James Hilton, author of Goodbye, Mr Chips, who once said of Aumonier: "I think his very best works ought to be included in any anthology of the best short stories ever written."

However since his untimely death at the age of 51, Aumonier has been rather forgotten. This is particularly ironic considering Galsworthy's belief - expressed in his foreword to a posthumously published collection of short stories - that Aumonier would, through his writing, "outlive nearly all the writers of his day."

Sadly, this did not happen. Yet the recently published collection of Aumonier's Extremely Entertaining Short Stories has certainly helped bring this overlooked talent to a new audience. Aumonier's stories are not only hilarious, full of wit and genuine warmth for his subjects, but also beautifully constructed insights into the various absurdities of human behaviour; be it in the drawing rooms of London high society or the trenches of World War I.

Mark Heap has appeared widely across television, radio and film; he recently appeared on TV as Thomas Brown in the returning BBC series 'Lark Rise to Candleford'. His acclaimed comedic performances include 'Spaced', 'Green Wing' and BBC series 'The Great Outdoors'

'The Brown Wallet' by Stacy Aumonier was abridged by Neville Teller and read by Mark Heap. It was recorded in Belfast and the Producer/Director was Laura Conway.

'A Source Of Irritation' read by Mark Addy.

Mark Addy has worked extensively in film, television and on stage. His many credits include 'The Full Monty', 'Red Riding: In the Year of Our Lord 1983' and the upcoming HBO television series 'Game of Thrones'.

'A Source of Irritation' by Stacy Aumonier was abridged by Neville Teller and read by Mark Addy. It was recorded in Belfast and the Producer/Director was Michael Shannon.

'The Room' read by Mathew Horne

Mathew Horne's many television credits include 'The Catherine Tate Show', 'Teachers' and '20 Things to Do before You're Thirty'. Mathew is best known to many for his portrayal of Gavin in the hit BBC series 'Gavin and Stacey'.

'The Room by Stacy Aumonier was abridged by Neville Teller and read by Mathew Horne. It was recorded in Belfast and the Producer/Director was Laura Conway.

See all episodes from Afternoon Reading