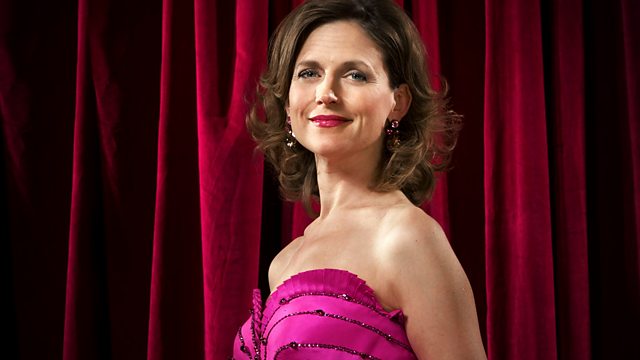 The culminating event of Radio 3's Red Nose Day is this spectacular concert from the Royal Albert Hall, hosted by Katie Derham and Basil Brush, with stars from the worlds of classical music and comedy joining together with the BBC Concert Orchestra, for one night of camaraderie to raise money for Comic Relief.
The concert includes Ravel's Tzigane, Eric Coates' Dambusters March, Wagner's Ride of the Valkyries, The Swan from Carnival of the Animals, Handel's Let The Bright Seraphim and the Finale from Tchaikovsky's Violin Concerto; plus stand-up comedy from Tim Vine and Marcus Brigstocke; Sue Perkins takes a turn at conducting; and the official Guinness World Record attempt to create the largest kazoo orchestra on the planet.
Nicola Benedetti (violin)
Julian Lloyd Webber (cello)
Shuna Scott Sendall (soprano)
BBC Concert Orchestra, conductor Johannes Wildner

As well as popular classics played by world-class soloists Nicola Benedetti (violin) and Julian Lloyd Webber (cello), and arias sung by rising star Shuna Scott Sendall (winner of the 2010 BBC Radio 2 Kiri Prize), Sue Perkins, winner of BBC Two series Maestro, will be raising her baton to conduct the orchestra; and fellow-comedians Tim Vine and Marcus Brigstocke will be providing comic interludes.
The evening will be hosted by Radio 3's Katie Derham with help from her mischievous fox sidekick, Basil Brush, who also takes a solo spot singing Gilbert and Sullivan.
The concert culminates with a celebrity kazoo group joining the Masters Of The Kazooniverse to 'buzz' their way through some classics. Comedienne Miranda Hart says: "It's going to be a real spectacle. I just need to work out what a kazoo actually is, and then work out how to play it. It's fun even saying 'kazoo' so I can't wait.".