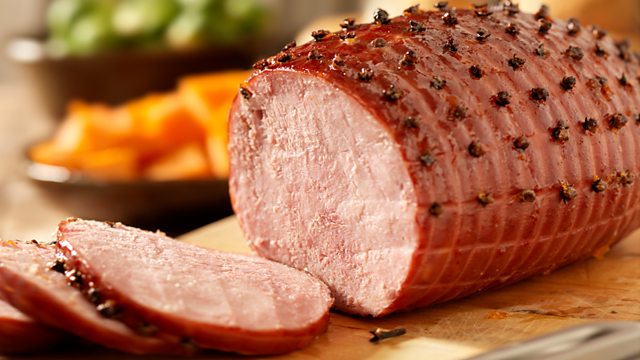 Food writer Tim Hayward goes in search of British charcuterie and finds it's closer to home than he thought.

Food writer Tim Hayward goes in search of British charcuterie - the preserved meat that we tend to think of as Contintental. He finds that making it is thriving and closer to its origins in the home than he had expected. He meets a couple whose hobby smoking meats has turned into a career; a shopkeeper, a publican and a restaurateur who cure hams and salamis on the premises for customers, and a pig farming family who have taken to curing their own pork. He learns about the British traditions of salting and pickling meats and talks to author Lindy Wildsmith about how we can do it at home - and even has a go at making his own bacon.