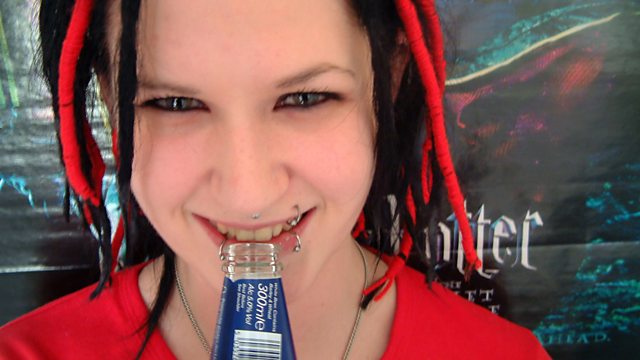 The 2007 Lancashire murder victim's story, as told by her mother Sylvia. With poetry from Simon Armitage. Read by Rachel Austin.

Black Roses: The Killing of Sophie Lancaster is an elegy to the young gap-year student who was attacked in Stubbeylee Park, Bacup, Lancashire. She later died on August 24th 2007. This is an elegy to mark the anniversary of her death, four years later. Aged twenty, Sophie suffered fatal injuries while cradling her boyfriend Rob's head in an attempt to protect him from a ferocious attack by a group of youths. Rob survived but Sophie went into a coma and never recovered.

Sophie was an intelligent bookish child who showed signs of wanting to be different from an early age. Political, vegetarian, a pacifist, Sophie had left school with A levels and was thinking about what to do with her future when it was taken so brutally from her.

Sophie and Rob dressed in a unique way, expressing their individuality as creative artistic people through goth-style clothes, piercings and make-up, which provoked the fatal attack in the early hours of that Saturday morning. Sophie had been dating Rob Maltby, a 21-year-old art student for three years.

I didn't do sport.
I didn't do meat.
Don't ask me to wear that dress:
I shan't.
Why ask me to toe the line,
I can't.
I was slight or small
but never petite,
and nobody's fool;
no Barbie doll;
no girlie girl.
I was lean and sharp,
not an ounce of fat
on my thoughts or my limbs.
In my difficult teens
I was strange, I was odd,
- aren't we all -
there was something different down at the core.
Boy bands and pop tarts left me cold,
let's say
that I marched to the beat
of a different drum,
sang another tune,
wandered at will
through the market stalls
humming protest songs.

I wore studded dog leads
around my wrist,
and was pleased as punch
in the pit, at the gig,
to be singled out
by a shooting star
of saliva from Marilyn Manson's lips.

But for all that stuff
in many ways an old fashioned soul,
quite at home
in my own front room,
on my own settee.
I read, I wrote,
I painted, I drew.
Where it came from
no one knows
but it flowed. It flowed.

Black Roses: The Killing of Sophie Lancaster is a drama documentary in which Sophie tells her own story through a series of poignant poems written by the award-winning poet Simon Armitage alongside her mother, Sylvia Lancaster remembering her daughter's shortened life.

Produced in Manchester by Susan Roberts.

A Sleepwalk on the Severn