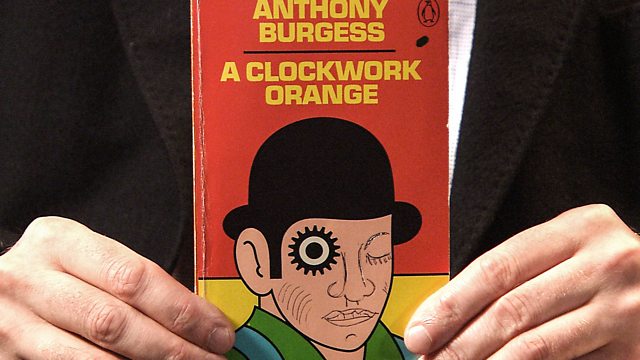 The Beauty of Books
Episode 4 of 4

A look at paperback cover design in the 20th century, including the changing designs of Nineteen Eighty Four and David Pelham's iconic image for A Clockwork Orange.

The paperback book democratized reading in the 20th century, and printing directly onto the covers became a way of selling a book in the mass market.

Nineteen Eighty-Four by George Orwell was a book written in and for this era, emerging as a paperback in 1954. Its changing cover design reflects each decades approach to selling the book to new readers: from its classic 50s Penguin cover to the latest design from Jon Gray, they are signs of our times.

As an example of how cover design has become art, the iconic 'cog eye' design by David Pelham of Anthony Burgess's A Clockwork Orange has permeated society since the first paperback of 1972.

Bringing the story of the book up to the 21st century, the arrival of electronic readers has sent traditional publishing into a tailspin. The paperback and its cover design has been replaced by the concept of mass storage and electronic pages. As this new technology gains new fans the paper book comes under renewed scrutiny. Whether society accommodates both ways of disseminating knowledge in the future depends on our continued devotion to good writing, editing and design.