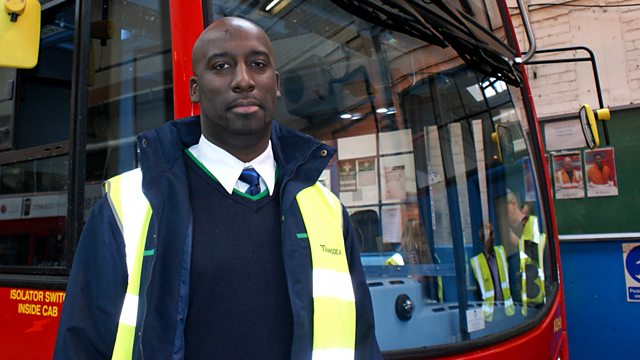 London bus driver Josh West heads to Manila, the world's most densely populated city, where, with his host Rogelio Castro, he braves the chaos of the streets in a Jeepney.

In the second programme in the series where British workers accept the challenge to do their jobs in some of the toughest conditions in the world, London bus driver Josh West heads to Manila, the capital of the Philippines and the most densely populated city on Earth. Josh will be driving a Jeepney, a colourfully decorated, adapted jeep which has no power steering, dodgy lights and an uncomfortable seat. His host is Rogelio Castro and together they brave the chaos of the streets. It's a hair-raising and often hilarious ride, but Josh also learns about the incredible over-crowding and devastating poverty of Manila. He forms a strong bond with Rogelio and is moved by the daily struggle of an ordinary Filipino working to feed his family. It's an emotional roller coaster and Josh returns a changed man, aware that all the separates his life from Rogelio's is the country he happened to be born in.

See all clips from Bus Driver (6)