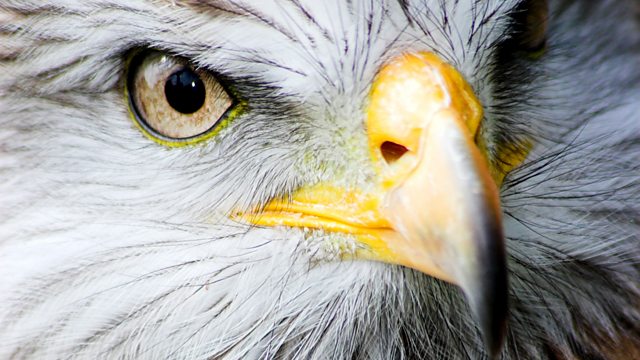 The Kestrel and Red Kite

Rod Liddle takes to the field in the company of naturalist and photographer Chris Packham to debate our reactions to the familiar Kestrel and the well-nurtured Red Kite.

Rod Liddle turns his attentions skywards to catch 'morning's minion', that most familiar of British birds of prey, the Kestrel. It's an animal that gets a nod rather than a Hopkins-like 'thrill' from those interested in these things. By contrast, the Red Kite is the darling of bird conservation and Britain is now the home of one of the only growing populations of the bird.

Rod takes a stroll with Chris Packham, a Kestrel enthusiast from his youth, to talk about our reactions to these birds, animals that remain a cut above the ordinary traffic.

Again the literature, from Chaucer's parliament of fowls to Hopkins' eulogy, has much to do with our reaction to these creatures but why is there an inevitable unease about the familiar and common Kestrel when set against the fragile, needy Kite?

The Fox and the Rat—Series 2

See all episodes from Debating Animals