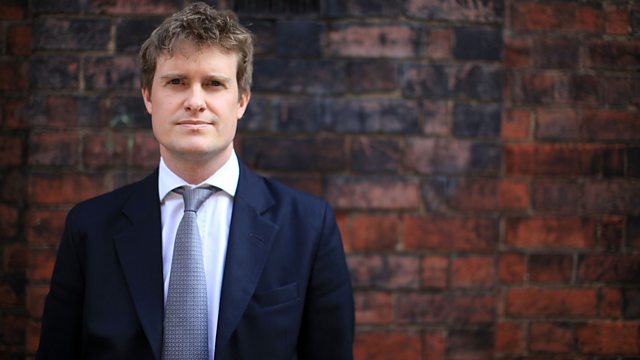 Tristram Hunt traces the influence of the romantic 'Young England' movement, led by Benjamin Disraeli in the 1840s, on 'Young Ireland', which sought Irish freedom.

In Great British Ideas, historian Tristram Hunt explores ideas which have been developed in Britain or by British thinkers and follows their influence abroad. In this programme he charts the intellectual currents between England and Ireland in the 1840's as two nationalist movements emerge onto the political stage.

'Young England', a Tory clique led by future Prime Minister Benjamin Disraeli, wanted to reach back into history, glorifying models of English medievalism and feudalism to solve the chronic social problems unleashed by the Industrial Revolution. Watching it closely, 'Young Ireland' was born in Dublin. They were a small group of agitating Repealers who also re-imagined Ireland's heroic past as a way of forging a new route for Irish nationalism; breaking from its father figure, Daniel O'Connell. Both groups reacted against mechanistic Utilitarianism, and both groups were trying to create a new politics by looking for inspiration from the past. But this is also the story of a British idea, used to tear apart the United Kingdom of Great Britain and Ireland.

By following the influences of Thomas Carlyle, Jeremy Bentham, O'Connell, Disraeli and Gladstone, the historian Tristram Hunt MP pieces together the flow of ideas between these two 'Young' movements as the 'Irish question' began to demand an answer.