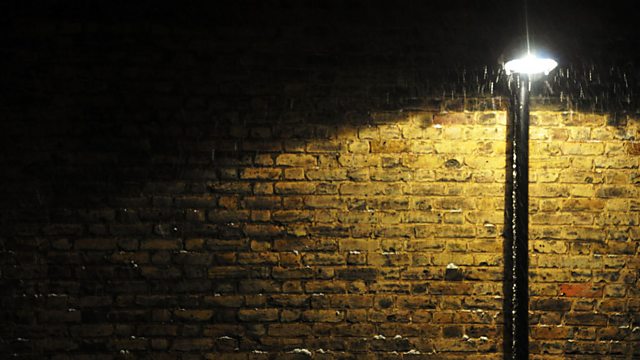 Ed Harris's provocative play addressing social inequality and unseen urban divisions. A couple awake one morning to find their neighbourhood has been enclosed by a wall.

Paul and Anna wake up one morning to find their neighbourhood has been enclosed by a wall. The gates are guarded and anyone wanting to cross into the rest of the city has to apply for a pass.

The Wall takes a provocative look at growing social inequality, using an image we're more used to seeing as a symbol of divided cultures abroad - in Gaza, or Baghdad, or Berlin, or in the ghettoes of the second World War - and to explore the unseen divisions in our own cities. The Wall doesn't just divide neighbourhoods. Soon it's tearing apart the people inside them.

The writer Ed Harris spent time as a binman, husky trainer and care worker, before finding his way first to performance poetry, and then to drama. He's been Writer on Attachment at the Chichester Festival Theatre, where his epic play, LUCY, won the Chichester Festival Theatre Slams. His play NEVER EVER AFTER for Chalkfoot, was short-listed for the Meyer-Whitworth prize, and for his own theatre company, Squaremoon, he's written THE COW PLAY and TOTAL. He's currently writing MONGREL ISLAND for the Soho Theatre.
His plays for radio include ABSOLUTE SILENCE, PORSHIA, starring Robert Webb, AROMATHERAPY, starring Martin Freeman, THE MOMENT YOU FEEL IT, starring Richard Briers and Rory Kinnear, and TROLL, starring Rosie Cavaliero and Jack Klaff.