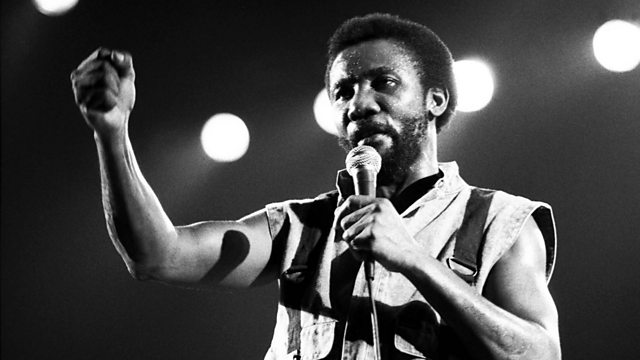 Toots and the Maytals: Reggae Got Soul

Film telling the story of one of the most influential artists to come out of Jamaica, Toots Hibbert, featuring performances, rare archive and interviews with contemporaries.

The untold story of one of the most influential artists ever to come out of Jamaica, Toots Hibbert, featuring intimate new performances and interviews with Toots, rare archive from throughout his career and interviews with contemporaries and admirers including Eric Clapton, Keith Richards, Jimmy Cliff, Bonnie Raitt, Willie Nelson, Marcia Griffiths and Paolo Nutini.

From his beginnings as a singer in a Jamaican church to the universally-praised, Grammy award-winning artist of today, the film tells the story of one of the true greats of music.

Toots was the first to use the word reggae on tape in his 1968 song Do the Reggay and his music has defined, popularised and refined it across six decades, with hit after hit including Pressure Drop, Sweet and Dandy, Monkey Man, Funky Kingston, Bam Bam, True Love Is Hard To Find and Reggae Got Soul.

As Island records founder Chris Blackwell says, 'The Maytals were unlike anything else... sensational, raw and dynamic'. Always instantly recognisable is Toots's powerful, soulful voice which seems to speak viscerally to the listener - 'one of the great musical gifts of our time'. His songs are at the same time stories of everyday life in Jamaica and postcards from another world.