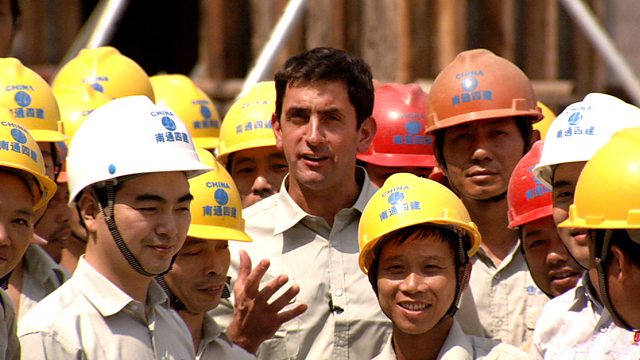 The Chinese Are Coming
Episode 1 of 2

Justin Rowlatt investigates what the world will be like if China overtakes America as the world's economic superpower. He looks at the phenomenon of Chinese migration to Africa.

Travelling across three continents, Justin Rowlatt investigates the spread of Chinese influence around the planet and asks what the world will be like if China overtakes America as the world's economic superpower. In the first of two films, he embarks on a journey across Southern Africa to chart the extraordinary phenomenon of Chinese migration to Africa, and the huge influence of China on the development of the continent.

While many in the West view Africa as a land of poverty, to the Chinese it is seen as an almost limitless business opportunity. From Angola to Tanzania, Justin meets the fearless Chinese entrepreneurs who have travelled thousands of miles to set up businesses.

See all episodes from The Chinese Are Coming