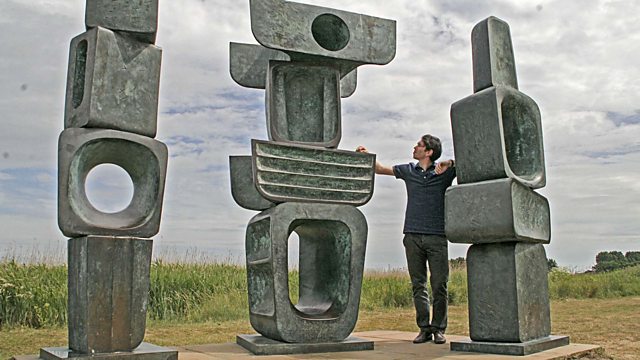 Romancing the Stone: The Golden Ages of British Sculpture
Episode 1 of 3

Alastair Sooke looks at British medieval sculpture and shows how it casts a new light on an era more sophisticated, fun-loving and maverick than is commonly believed.

Alastair Sooke reveals the astonishing range of our medieval sculpture, from the imposing masterpieces of our Gothic cathedrals to the playful misericords underneath church stalls.

He shows how the sculpture of the era casts a new light on medieval Britain, a far more sophisticated, fun-loving and maverick place than we in the modern world commonly believe. But despite the technical and emotional power of these works, the notion of a 'sculptor' did not even exist; most carving of the time was done by teams of itinerant masons and artisans working for the Church. The names of some, like William Berkeley, are known but most are lost to history.

This first golden age came to an end with Henry VIII's Reformation of the Church, unleashing a wave of destruction from which it would take centuries to recover.

See all episodes from Romancing the Stone: The Golden Ages of British Sculpture

See all clips from Masons of God (2)