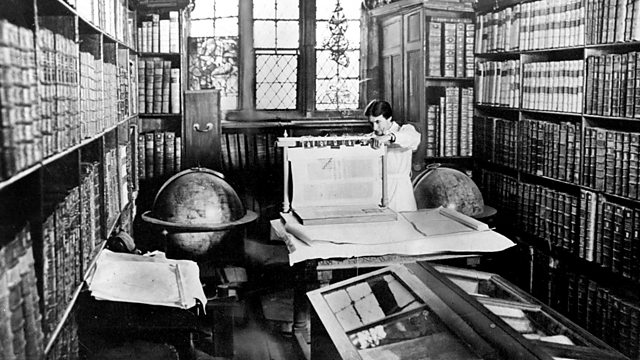 The Beauty of Books
Episode 1 of 4

A look at the 4th century Codex Sinaiticus, the world's oldest bible, and the Winchester bible, which lay at the heart of the church's struggle with the state in the 12th century.

The British Library in London is home to 14 million books, on shelves that stretch over 600km. Extraordinary vessels of ideas and knowledge, they testify to the love affair we have with books. This series explores the enduring appeal and importance of books from a 4th century bible to present day paperbacks.

The Codex Sinaiticus is the world's oldest surviving bible. Made around 350 AD, it is a unique insight into early Christians and their effort to find a single version of the biblical text that everyone could accept - a bible fit for the Roman Empire. 800 years later, an illuminated bible rich in gold and lapis lazuli and produced in Winchester, recalls a time when bibles were at the centre of the Church's struggle with the State for ultimate authority.

Both of these bibles are works of art and remarkable achievements in book technology. They are also annotations on the political era in which they were created, providing fascinating commentary on the life of Jesus and the murder of Thomas Becket.