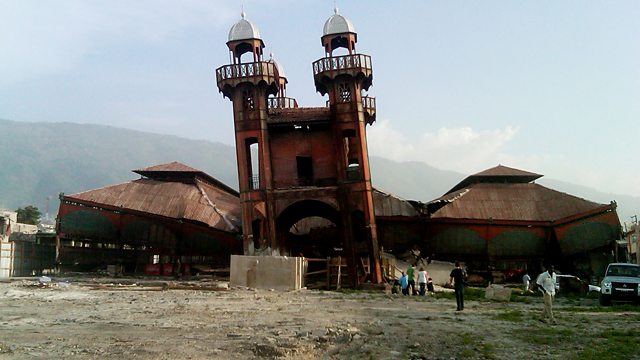 Documentary about the reconstruction attempts in Haiti following the earthquake of 12 January 2010. Focusing upon Denis O'Brien's beacon rebuilding project, the Iron Market.

A story of hope in a country that has none, and one that has uncomfortable lessons for the governments of the West.

On 12 January 2010, Haiti was hit by a terrible quake. Hundreds of thousands dead and wounded; thousands of buildings crushed; the capital, Port au Prince, wiped out; death and disease everywhere. The disaster left Haiti and its government in ruins.

The assessment is that if Haiti is going to pull back from the brink, it needs two things fast: houses for the millions left homeless by the quake, and a beacon rebuilding project that the country can reunite around, and thus reboot its shattered economy. This is the Iron Market, Haiti's equivalent of the Eiffel Tower at the heart of Port au Prince. O'Brien makes a promise to the people of Haiti and sets an ambitious completion date of 15 December 2010 - the race is on.

It quickly becomes apparent that although international aid is promised in its billions, very little is actually appearing on the ground. O'Brien's building project is the only real game in town. What's more, over the next 12 months they are hit by hurricanes, cholera, an unhappy government election and subsequent rioting - the challenge and the deadline seem impossible.

On 11 January 2011, the eve of the anniversary of the tragic event, all eyes turn to the Iron Market - have they done it? Clinton, O'Brien and the world's media arrive. Will this be one promise to Haiti that is kept?

See all clips from From Haiti's Ashes (3)