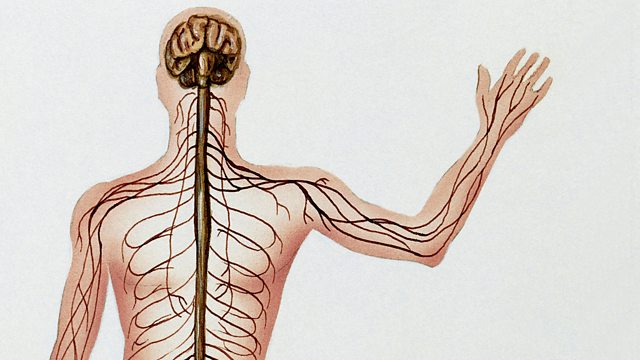 Melvyn Bragg and his guests discuss the history and science of the nervous system, the network of tissues which allows parts of the body to communicate with each other.

Melvyn Bragg and his guests discuss the nervous system.

Most animals have a nervous system, a network of nerve tissues which allows parts of the body to communicate with each other. In humans the most significant parts of this network are the brain, spinal column and retinas, which together make up the central nervous system. But there is also a peripheral nervous system, which enables sensation, movement and the regulation of the major organs.

Scholars first described the nerves of the human body over two thousand years ago. For 1400 years it was believed that they were animated by 'animal spirits', mysterious powers which caused sensation and movement. In the eighteenth century scientists discovered that nerve fibres transmitted electrical impulses; it was not until the twentieth century that chemical agents - neurotransmitters - were first identified.

Colin Blakemore
Professor of Neuroscience at the University of Oxford

Vivian Nutton
Emeritus Professor of the History of Medicine at University College, London

Tilli Tansey
Professor of the History of Modern Medical Sciences at Queen Mary, University of London.

The Battle of Bannockburn