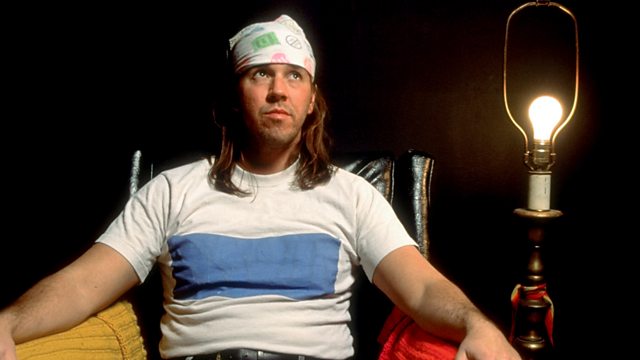 Geoff Ward on the legacy of David Foster Wallace, considered to be many to be the most gifted and linguistically exuberant American novelist and story writer of his generation.

When David Foster Wallace hanged himself in 2008, at the age of 46, he was considered by many to be the most gifted and linguistically exuberant American novelist and short story writer of his generation. His books include the 1,000-page Infinite Jest, a novel of grand ambition and stylistic experiment that came complete with 388 endnotes. (Footnotes, digressions, constant second guessing of every thought are features of Wallace's signature style).

In April The Pale King, Wallace's final, unfinished novel will be published. Few literary novels have been more eagerly anticipated in recent years. Its great subject is Boredom. Wallace set himself big challenges. Infinite Jest attacked the entertainment industry while trying to entertain and The Pale King engages with boredom as a path toward transcendence.

This Sunday Feature is presented by Professor Geoff Ward, author of a literary history of America. He, like many, was convinced Wallace would be the preeminent American writer to reckon with in the years ahead, and was shocked by his tragic early death. He assesses Wallace's legacy, themes and preoccupations, talking to the precursor Wallace admired most, Don DeLillo, and to friends, collaborators and contemporaries such as Mark Costello and Rick Moody. In the company of the writer's sister, Amy Wallace, Ward travels to the Midwest of America where the writer grew up, and considers the impact of place on his imagination. He also talks to Wallace's publisher and editor Michael Pietsch about the difficult task of assembling Wallace's final fragments into The Pale King.

The programme also contains some rare archive reflections by a young David Foster Wallace, recorded a year before the publication of Infinite Jest, on the role of the writer in an age of media saturation.